A while back, I decided it was time to go for a new project, and after some arguing with myself, along with finding some amazingsauce photos of similar designs on the interwebs, decided to go building a binary watch.

And here we are, 2 months later (yes, school is my priority ATM).

At the moment, I have

-Created and Eagle layout of my board
-Sent that to iTead Studio PCB services
-Got an AVRISP MKII clone ($12) to program it.

The boards got here a few weeks back, and I hurriedly rushed into building one. Which turns out, didn't function, which was quite odd (remind me to prototype first next time). After a month of trial and error, multiple posts to forums (Thank you Nick Gammon!), I finally got a prototype working.

I should post here that this is my first time designing something that may eventually be commercialized. I have little to no experience in business, but love electronics so i thought it would be worth a shot. Let me tell you, professional PCBs are a wonderful, wonderful thing. Perf boards have lost all meaning to me :) 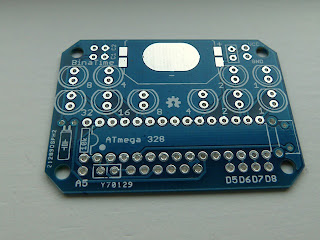 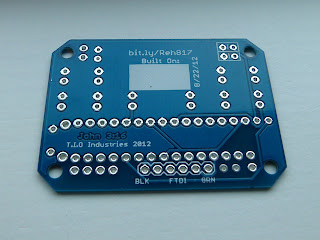 Backside of same board 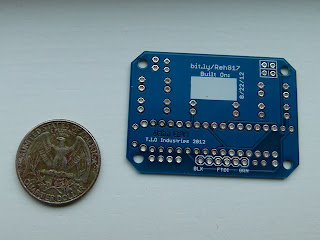 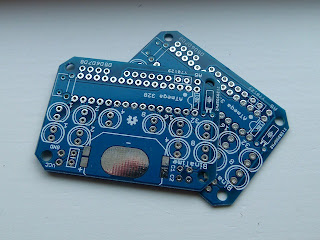 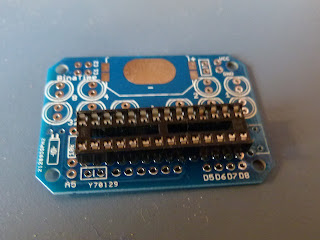 This is my prototype board, thus the chip holder rather than MCU itself 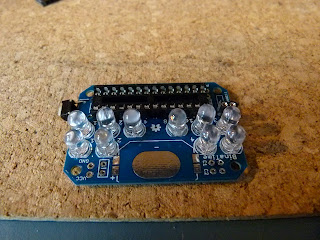 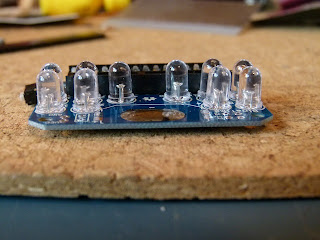 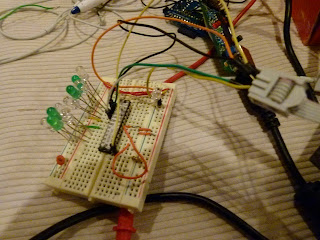 My prototyping setup- beautiful, is it not? 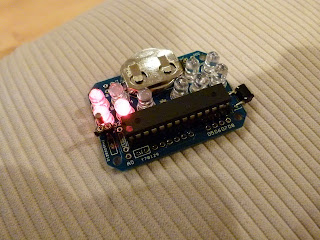 After 2 months, I finally have a working board. It is currently showing the time 8:48 in sexagesimal binary. I would've called it the "SexClock" but, well, that will not lead most people to think of what kind of binary it is...

The board right now is actually on my couch. It has been keeping time with a 32.768kHz crystal in tandem with the 8mHz internal oscillator of the Atmega 328. So far its been running for an hour and is keeping very decent time.